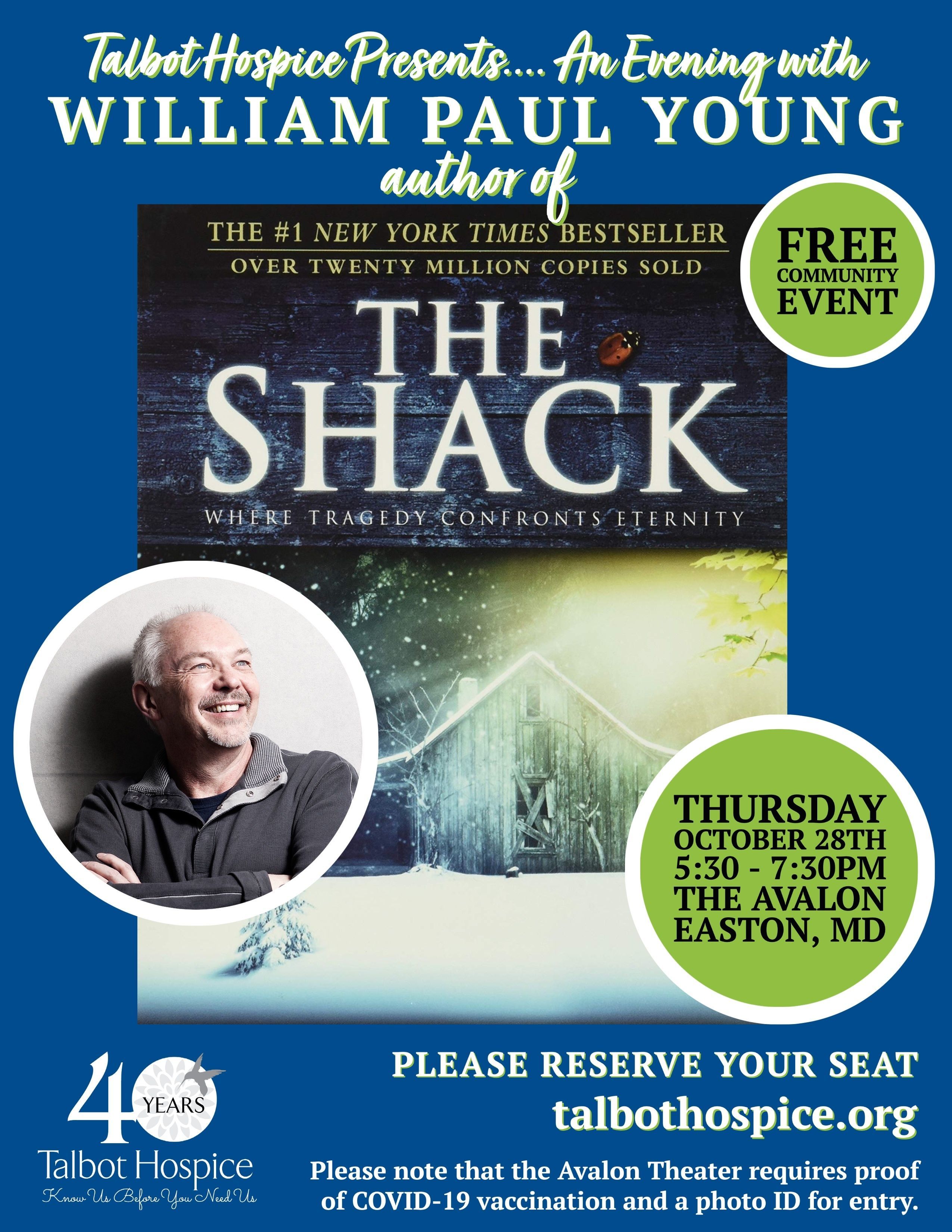 Talbot Hospice will welcome William Paul Young to the Avalon Theater on October 28th for a discussion about his #1 bestseller, “The Shack” and how it relates to grief, healing, forgiveness and spirituality.

“We are proud to welcome William Paul Young to Easton and hope that our friends and neighbors will join us for this free community event,” said Chris Chekouras, Talbot Hospice Executive Director. “’The Shack’ is a wonderful starting point for introspection and engaging conversations about how we process grief, shame and forgiveness.”

“The Shack” tells the story of Mack, a father struggling with the tragic loss of his daughter on a family trip to the Pacific Northwest. Four years after her horrific death, Mack receives a letter, supposedly from God, inviting him to spend a weekend in the shack where his daughter was violently murdered. Mack accepts and then has a life-changing experience that allows him to understand and cope with his grief and shame.

“The Shack,” as described by the author, is a metaphor for the “house we build out of our own pain” as well as “the places you get stuck, you get hurt, you get damaged ... the thing where shame or hurt is centered.”

“The Shack” was originally written as a Christmas gift for Young’s six children, but was later published in 2007 at the urging of Young’s friends and colleagues. It went on to become a #1 New York Times and #1 USA Today Bestseller and, to date, it has sold more than 20 million copies worldwide. In 2017 it was adapted into a feature film starring Academy Award Winner, Octavia Spencer, and Grammy Award Winner, Tim McGraw.

This free, community event is open to the public, however, registration required. Attendees should note that the Avalon Theater requires proof of vaccination and a photo ID for admission.