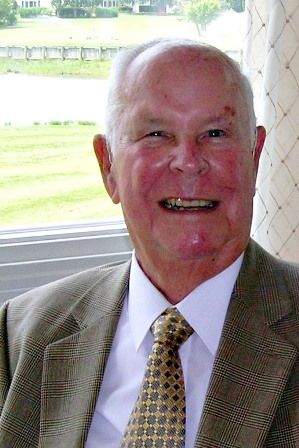 Talbot Hospice has played a central role in the provision of hospice services in Talbot County for more than three decades since its founding in May of 1981.  Incorporated as a 501(c)(3) tax-exempt charitable organization, Talbot Hospice articulated its mission “to promote a Hospice Program of services for all persons in Talbot County, to provide means to integrate a Hospice Program into the lives of the community, and to educate the community in an awareness of the Hospice concept.”

The concept of hospice end-of-life care originated in Talbot County through the leadership of Dr. Eugene Guthrie, then the County’s Medical Officer and Director of its Department of Public Health. He was a founding Director of the Talbot Hospice Foundation (THF), along with his health department colleague Kathy Foster, RN, and a local physician Dr. Stephen Carney, who was the first Board President.  THF supported the Hospice Program of the Department of Public Health through a dedicated corps of volunteers and a productive fundraising program.  After Congress included hospice care as an element of the Medicare Program in 1982, THF expanded its role to include the development of a Bereavement Program in 1983.  When Maryland applied a Certificate of Need (CON) requirement to provide hospice services in 1984, the Health Department obtained the Hospice CON for Talbot County.

For the following decade, the Health Department and THF collaborated closely in provision of hospice services, with the former providing medical direction and nursing services and the latter providing substantial financial support, an increasing number of volunteers, an expanding bereavement program and spiritual counseling services.

In 1996, Shore Health System created a home health care agency, at which time the Health Department agreed to transfer its hospice CON to Shore Health. Shore Home Care and Hospice became the general license hospice agency, certified by Medicare, and began to provide the skilled services of physicians, nurses and social workers, along with hospice medications, equipment and other skilled services. Concurrent with this transfer, Talbot Hospice Foundation signed a Coordinating Agreement with Shore Health establishing THF as the recipient of charitable donations in Talbot County, and the entity furnishing the volunteers, bereavement and spiritual elements of hospice care.  Talbot Hospice provided these services under a Limited License issued by the Maryland Office of Health Care Quality, which authorized the provision of “palliative and supportive nonskilled services.”

Also in 1996, Talbot Hospice embarked on a capital campaign for funds to build a Hospice Center that would include a six-bed residential Hospice House as well as administrative offices for its programs.  Its successful capital campaign had a goal of $1.5 million and resulted in actual donations of $1.8 million.  The facility on Cynwood Drive in Easton was completed in 1998.  As of July 2015 the Hospice House has served over 800 patients and their families.  This residential care was provided without charge until 2011, when a daily room and board fee of $200 was introduced, administered on a sliding scale depending on a patient’s ability to pay. No patient has been denied admission to the Hospice House for financial reasons.

Substantial financial support also comes from an independent non-profit organization, Friends of Hospice. Founded in 1986, Friends of Hospice has raised a total of nearly $3 million in support of hospice through special events, in particular its week-long Festival of Trees every November.

Beginning in January 2011, Talbot Hospice and Shore Health System (now a member of the University of Maryland Medical System) undertook a joint exploration of means by which to unify the hospice elements carried out by the two organizations. After long study and careful consideration, it was determined by the Boards of Shore Health and Talbot Hospice that hospice services in the rural Mid Shore Region could best be conducted by community-based hospices rather than a large medical system.