Know Us Before You Need Us: Regenia Hutchison 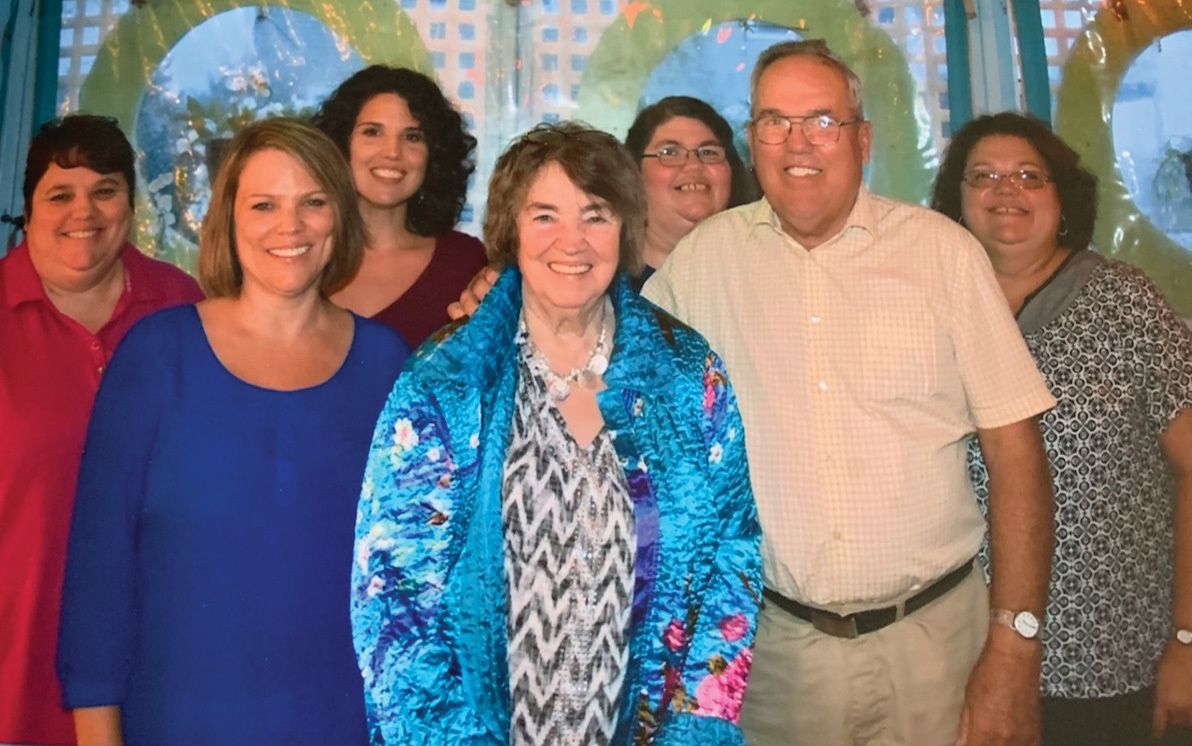 This the first of our monthly series featuring a different Talbot Hospice story to highlight the many different facets of our mission. It first appeared in the December 2020 issue of What's Up Magazine.

This content and the "Know us Before You Need Us" campaign are proudly sponsored by Dr. Kelly O'Donnell of O'Donnell Vein & Laser.

“My wife came to Hospice and thrived.”

That’s the way Harold Hutchison described the last months of Regenia Hutchison, his wife of 59 years. She not only thrived, but lived another seven months after coming to Talbot Hospice House.

“My Mom lived longer because of the care and atmosphere at Hospice,” according to Bev Williams, one of Regenia and Harold’s five daughters.

“The expectation is you go to Hospice House to die. This place brought her to life,” according to daughter Martha Eason. Regenia lived and thrived at Hospice House from December, 2018 until
July 26, 2019.

Husband Harold and four of their five daughters gathered recently to recall their Mom and the hospice experience. In addition to Bev Williams and Martha Eason, they are Cynthia Blazejak, and Holly Smith. A fifth daughter, Barbara Christopher, was unable to attend.

According to Joy Murray, one of Regenia’s hospice caregivers, she was “a dear person who brought joy to staff and visitors.” One of the things Regenia loved to do, according to Joy, was to sing her favorite hymns, and the nurses and staff would join in.

Regenia’s hymn expertise came naturally. She sang for years with the choir at the Fairview Church of the Brethren in Cordova, where she and Harold lived. She also taught Sunday School and Bible study there.

Regenia was diagnosed with Parkinson’s Disease about six years ago and had increasing diffculties. A urinary tract infection in 2018 led to a series of hospital and nursing home stays, some of which were not good experiences, according to Harold. She was in tough shape, and things were not looking good, Harold recalled.

With the Parkinson’s progressing, Regenia, Harold and the family made the decision to come to Talbot Hospice House.

“It was like a home away from home,” daughter Bev said.

She added that “because we have a big family close by in Talbot County, someone was at Hospice House nearly all the time. The staff and nurses made it seem like family.”

“The nurses took care of Mom’s personal needs, like putting on lipstick and grooming, and that gave us more quality time with her,” according to daughter Martha.

“I never saw a place like this. You can feel the joy here. Mom was always smiling,” Cynthia said. Holly added, “Hospice House was not a scary place, and the grandkids loved to come here.” The Hutchisons have nine grandchildren and six greats.

The Hutchison family recalled Regenia’s talent for quilting, knitting, and painting on porcelain china. They also said she “had great faith in God, ongoing to Heaven and that He would take over when it was time.”

Regenia occupied the first room on the left as you enter Hospice House. She asked to always keep the door open “because she wanted to talk with people as they passed by.” Visitors would hear the refrains of “Amazing Grace” or “It Is Well With My Soul” emanating from Regenia’s room.

A month after Regenia died, the Hutchisons gathered for their annual family outing at an Ocean City motel. When they arrived, they were greeted with a sign on the motel marquee, “Meet you at the Beach, Love Regenia.”