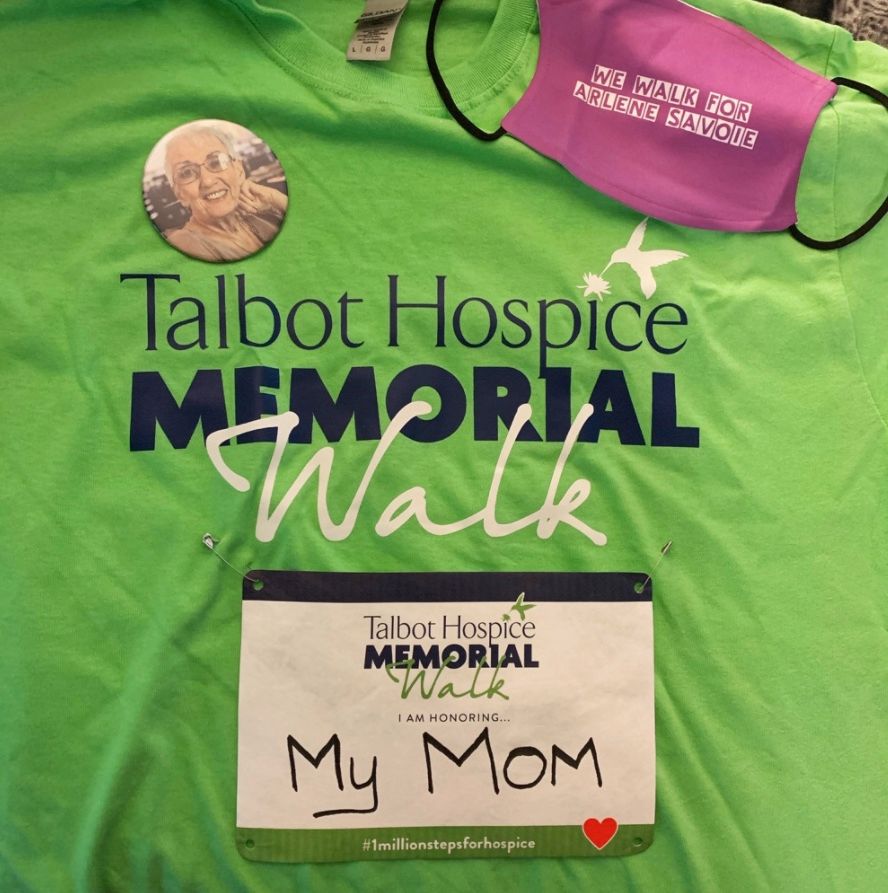 305 Talbot Hospice supporters walked 3,076,177 steps over the weekend of September 25th – 27th as part of the organization’s Virtual Memorial Walk.

“To say we are overwhelmed would be an understatement,” said Emilie Joshi, Memorial Walk Co-Chair. “As we were planning for a virtual event, we thought it would be meaningful to challenge our community to walk or run one million steps of love for Talbot Hospice. We never anticipated that our community would triple our original step goal!”

Talbot Hospice decided to transition to a virtual event this Spring when the arrival of COVID-19 made it impossible to host the event as part of Oxford Day. Traditional elements of the event, such as the Dove Release, sponsored by Fellows, Helfenbein & Newnam Funeral Home, and the invocation were filmed in advance and shared with the community on social media.

There were also new additions to the virtual event, including the one million step challenge, a race bib to allow participants to write the name of the individual(s) they were honoring, and a new social media component where walkers and runners shared photos from their walk or run.

Participants walked in small groups, with family and friends, or on their own. Many shared their reflections and photos on social media and in the online step tracking group.

“The Memorial Walk has always been a special time for individuals and the community to come together to remember and honor their loved ones,” continued Joshi. “We were proud that we were able to continue to provide that experience as well as welcome out-of-town family and friends to join us for the first time. Even though we were apart, we were still connected throughout the weekend.”

Steps were logged from across the Mid-Shore and from as far away as Daytona, Florida, Denver, Colorado and San Francisco, California. A large count was also contributed by the entire Bucknell University Tennis Team.

While raising awareness locally and across the Country, the Virtual Memorial Walk also raised $26,000 for Talbot Hospice’s four key programs that support patients and families facing life-limiting illness. Those programs are Hospice and Palliative Care, Pathways and Bereavement Services.

“When we learned we had to ‘go virtual’, we never could have imagined this level of success,” said Mia Cranford, Talbot Hospice Director of Development. “We are so thankful for all of our walkers and runners, as well as our sponsors, especially our Presenting Sponsor, Craig’s Drugstore, who stuck with us through the transition to a virtual event.”

As the team begins plans for the 2021 Memorial Walk, they plan to raise the step goal, and also keep a virtual option available for the event, if it is able to return to its traditional format.